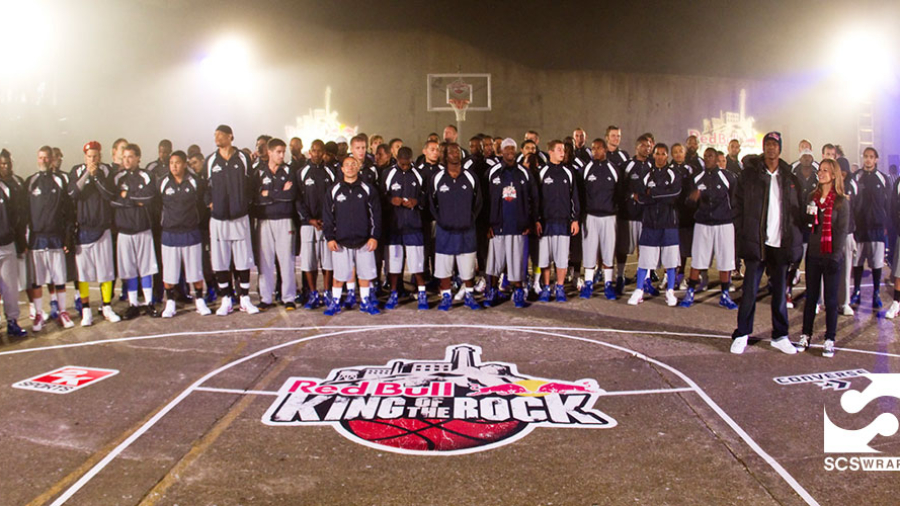 The Red Bull King of the Rock one-on-one basketball tournament brought 64 of the best players from 13 countries to face off in one of the most notorious locations on earth: Alcatraz island. Amidst the crumbling walls and the chilly weather outside in the prison yard, the players battled each other and the elements to prove their worth on the court. At the end of the night it was Hugh “Baby Shaq” Jones from Washington, D.C. that was left standing to take the crown.  SCS Wraps once again handled the branding and setup of the court lines for play.